You are here: Home1 / Shemia Fagan 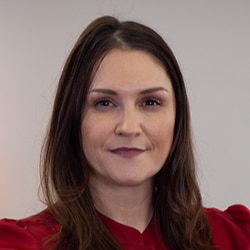 Secretary of State Shemia Fagan is mom to two young children and a proud lifelong Oregonian. Secretary Fagan was raised by her dad and two older brothers in small towns in Wasco county. Secretary Fagan has always been open with Oregonians about the challenges her family overcame—Fagan’s dad struggled as a single parent and her mom battled addiction and homelessness during Fagan’s childhood. But Secretary Fagan was encouraged by loving members of her community and the dedicated educators who would not give up on her.

After graduating from The Dalles High School in 1999, Fagan earned a scholarship to play soccer for Northwest Nazarene University in Nampa, Idaho where she earned her B.A. in Philosophy and Religion. Following college, Fagan worked to save money before attending law school at Willamette University College of Law and earning her J.D. at Lewis and Clark Law School. While working as an attorney at Ater Wynne LLP and later at HKM Employment Attorneys LLP, Fagan received training on campaigning for public office from the Emerge Oregon program. Fagan first entered public service in 2011 when she was elected to the David Douglas School Board. Later, Secretary Fagan served in the Oregon House and Senate before she was elected Oregon’s 28​th Secretary of State in 2020. Secretary Fagan is a strong defender of the nation’​s most successful vote by mail system and committed to building on Oregon’s tradition of secure and accessible elections.