You are here: Home1 / Michael Dembrow 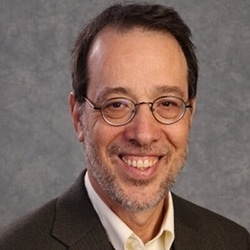 Michael Dembrow is the state senator for District 23, covering portions of NE and SE Portland and the city of Maywood Park. First elected by voters in 2008 to the state house, he is serving his third elected term in the Senate after being appointed to the seat in November 2013. Voters re-elected Michael to the Senate in November 2014 and again in 2016 and 2020.

Michael currently serves as Chair of the Senate Education Committee. He also sits on the Judiciary Committee, the Energy and Environment Committee, and the Ways and Means Subcommittee on Education.

During his time in the legislature, Michael has been a leader in successful efforts to raise Oregon’s minimum wage, implement paid sick days for Oregon workers, substantially increase funding for career and technical education across the state, and fight wage theft. He was also involved in overhauling Oregon’s higher education governance structure to reduce the compartmentalization of higher education and workforce development. In the past few years, his focus has turned from workforce issues to the environment and criminal justice reform. He is leading the fight to establish a cap on greenhouse-gas emissions in Oregon, while also working on youth sentencing reforms, increasing prison education opportunities and removing barriers faced by ex-offenders as they reenter society and the workforce.

In addition to his legislative committee assignments, Michael also serves on the Oregon Workforce Investment Board, the Oregon Youth Conservation Corps Advisory Committee, the Western Interstate Commission on Higher Education, and the Oregon Commission on Asian and Pacific Islander Affairs.

He is a member of the National Conference of State Legislatures bipartisan Task Force on Immigration and the States, which works on a variety of issues related to immigration. He led the effort to extend tuition equity and other opportunities for Oregon’s “Dreamers,” undocumented young people who have been the collatoral damage of our nation’s broken immigration system.

Michael is a retired English instructor at Portland Community College’s Cascade campus in North Portland. He taught writing and film studies at the college beginning in 1981, and served as the President of the PCC faculty union for 16 years. He continued to teach one or two classes per term after being elected to the House in 2008, and recently retired fully from teaching.

In 2007, Michael was appointed by Gov. Ted Kulongoski to the State Board of Education. Michael’s passion for film drives his involvement in the Cascade Festival of African Films, which he helped create in 1991. The Festival, which Michael is co-director of, has grown in size each year since its founding. He was also one of the first members of the Portland chapter of Jobs With Justice.

Michael earned his undergraduate degree in English from the University of Connecticut and his Master’s degree in Comparative Literature from Indiana University. Michael and his wife Kiki have lived in District 23 for over 30 years. They have a son, Nikolai and a daughter, Tatyana, and two grandchildren. He and Kiki are also the proud housemates of Micah, an aging but much-loved whippet.