You are here: Home1 / Kathleen Taylor 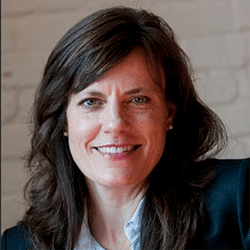 State Senator Kathleen Taylor has lived in Oregon for nearly 25 years. She lives in Southeast Portland with her husband, and two children who attend Portland Public Schools. Her professional background spans the private, public and volunteer sectors.

Senator Taylor began her career as a recruiter for Boly:Welch where she worked with small businesses to find jobs for hundreds of Oregonians. She left to pursue a graduate degree in public policy at Rutgers University. When she returned to Oregon, she went to work as Management Auditor, examining and analyzing government programs. Kathleen has worked for the City of Portland, Metro, Multnomah County, and the Oregon Secretary of State’s Office to help make government at all levels more efficient and transparent.

As a volunteer, Kathleen has been a Court Appointed Special Advocate (CASA), defending the rights of Oregon’s children, and VISTA volunteer, helping at-risk children in rural Idaho. She has also served as a member of the Portland Public Schools’ Citizen Budget Review Committee and as PTA President at her children’s school.

Rep. Taylor has a B.A. in Political Science and Psychology from University of Wisconsin, Madison and a Master’s degree in Public Policy from Rutgers University. She resides in Southeast Portland with her husband Chris and two children.​