You are here: Home1 / Dick Anderson 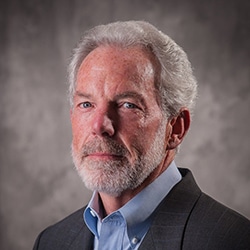 Dick Anderson was elected to the Senate in 2020. He is the former Mayor of Lincoln City on the Oregon Coast and serves on the North Lincoln Health District Board as well as the Siletz Tribal Charitable Contribution Board. While Mayor, Anderson served on the Lincoln County Foundation and the Oregon Coastal Zone Management Executive Committee.

Senator Anderson was raised in Wallowa County and has lived in the Northwest in several areas during his career before retiring. He worked for 35 years in the financial industry where he honed his collaborative approach to issues before moving to the Oregon coast.

Dick and his wife, Sue have been married for 50 years and have two children and 5 grandchildren. They purchased their home on the Oregon coast to retire but state and local government have become part of that equation.

​Locally, Senator Anderson has also been active with the North Lincoln County Community Emergency Response Team (CERT), B’nail B’rith Camp and Family Promise of Lincoln County as a volunteer, Lincoln City Chamber of Commerce and is an avid golfer.