You are here: Home1 / Derek Clevenger 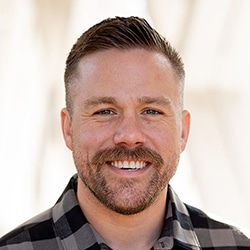 I have lived in Oregon most of my life. My parents divorced when I was young, so I spent much of my time as a child coming back and forth between Oregon and California. When in Oregon, I called the beautiful city of Keizer home. I attended Gubser Elementary, Whiteaker Middle School, and McNary High School in Keizer. I have always loved being in Oregon and enjoying all the outdoors activities we have available. In my free time I enjoy snowboarding, recreational shooting, and training Brazilian Jiu Jitsu. When the weather is nice, I can always be found out at Detroit Lake.

After graduating high school, I joined the Oregon Army National Guard as a Combat Medic. In 2006 I deployed to Afghanistan with Oregon’s 41st Infantry Brigade Combat Team. Upon completion of that deployment, I opted to stay on Active Duty. When I returned to Oregon, I purchased my home in Aumsville, where I still currently live, and resumed my service with the Oregon National Guard. I deployed a second time with the Oregon National Guard to Afghanistan in 2011 with the 1249th Engineer Battalion. While deployed I began pursuing my undergraduate degree in Health Care Education. During this time, I was also awarded the Combat Medical Badge and the Bronze Star Medal. I returned to Oregon, but shortly after returned to Afghanistan to work as a Protective Security Specialist at the US Embassy in Kabul. I completed my undergraduate degree and began pursuing my Master of Business Administration with a concentration in Healthcare Administration. Lingering injuries from my combat deployments necessitated my return to the United States, where I would subsequently receive multiple major spinal surgeries due to these injuries.

While home and recovering I pursued several academic and professional goals, including facilitating 3 successful recalls of City Council Members in Aumsville and running for Mayor. Now in my second term as Mayor I am choosing to continue serving my community by running for House District 17. I believe that I am the voice the canyon community needs in the House of Representatives. Much of my time as Mayor has been focused not only on the City of Aumsville, but on the canyon community. During the Santiam Fire in 2020 I was able to utilize my social media platforms to ensure concise and correct information was being relayed to members of the community, stood up a donation center with one of our local churches, and worked with several members of the community to stand up a fundraiser for the Santiam Canyon Wildfire Relief Fund. During the February Freeze of 2021, the City of Aumsville opened our community center to be used as a warming shelter for members of the canyon community that were without heat, power, and warm meals. I was honored to be selected as the recipient of the Oregon Mayors Association “Mayor’s Award of Merit” in the medium city category in July of 2021. I plan to continue all these efforts to support the canyon community as a member of the Oregon House of Representatives.