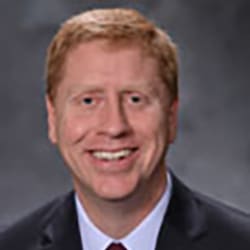 The Choice for Economic Recovery and Blocking/Cutting Taxes:

As a small business owner, Daniel understands where the red tape is. He is one of the last Oregon legislators who also operates a business.

Bonham is a leading advocate for local agriculture, and prevents new taxes on Oregonians. He opposes new tolls on roadways.

Put Parents and Families Back in Charge:

Families had been leaving Oregon’s K-12 system for a long time, but our Governor’s ruthless mandates caused a spike. We must support choice in education and freedom of private medical decisions.

Portland’s decisions and policies bleed into Clackamas, East Multnomah, and beyond. Sadly, Oregon has become a national magnet for hard drug users – a catalyst of major crime.

Bonham supports giving law enforcement the tools they need to fight crime. He has a 100% record supporting increased penalties for drug use, theft and vandalism. He will increase law enforcement funding and “Back the Blue.”

Endorsed/Supported by: Oregon Chiefs of Police Association; Sheriffs of Oregon

Trusted on Values and The Constitution:

It’s critical for rural Clackamas, east Multnomah and The Gorge to maintain strong, effective representation. Daniel is a proven leader who has stayed true to his values.

(This information furnished by Committee to Elect Daniel Bonham.)