You are here: Home1 / Brian Boquist 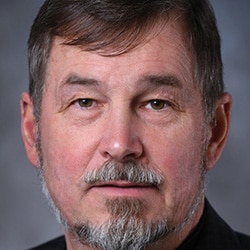 State Senator Brian Boquist was born and raised on a dairy farm in Tillamook and has been an Oregonian his entire life. He and his wife, Peggy, now live on a small farm in Dallas where their six children were raised. The family farm and forest operations spread multiple counties and several states.

At 17, Senator Boquist enlisted in the U.S. Army receiving education benefits that would later aid in his receipt of a college education. Brian retired as a Special Forces Officer from the U.S. Army Special Operations Command being transfered back to the reserves.  Brian’s official military retirement commenced in October 2018.

After receiving a B.S. in Social Science and Business Administration at Western Oregon University, he earned an MBA from Oregon State University in Corvallis. Formerly, he worked with a group of companies and government entities preparing Marines, Army and Navy members for combat deployments.  Priot to that, he was worked in international aviation and logisitics in Africa, Asia, Europe, Middle East, and Latin America supporting commercial, humanitarian, and peacekeeping operations.

Brian served as State Representative in House District 23 and is now the State Senator in rural District 12, which is comprised of House Districts 23 and 24.  He is an independent constitutional republican values voice for the People in rural Polk and Yamhill Counties who want the individual, family and small business freedoms.